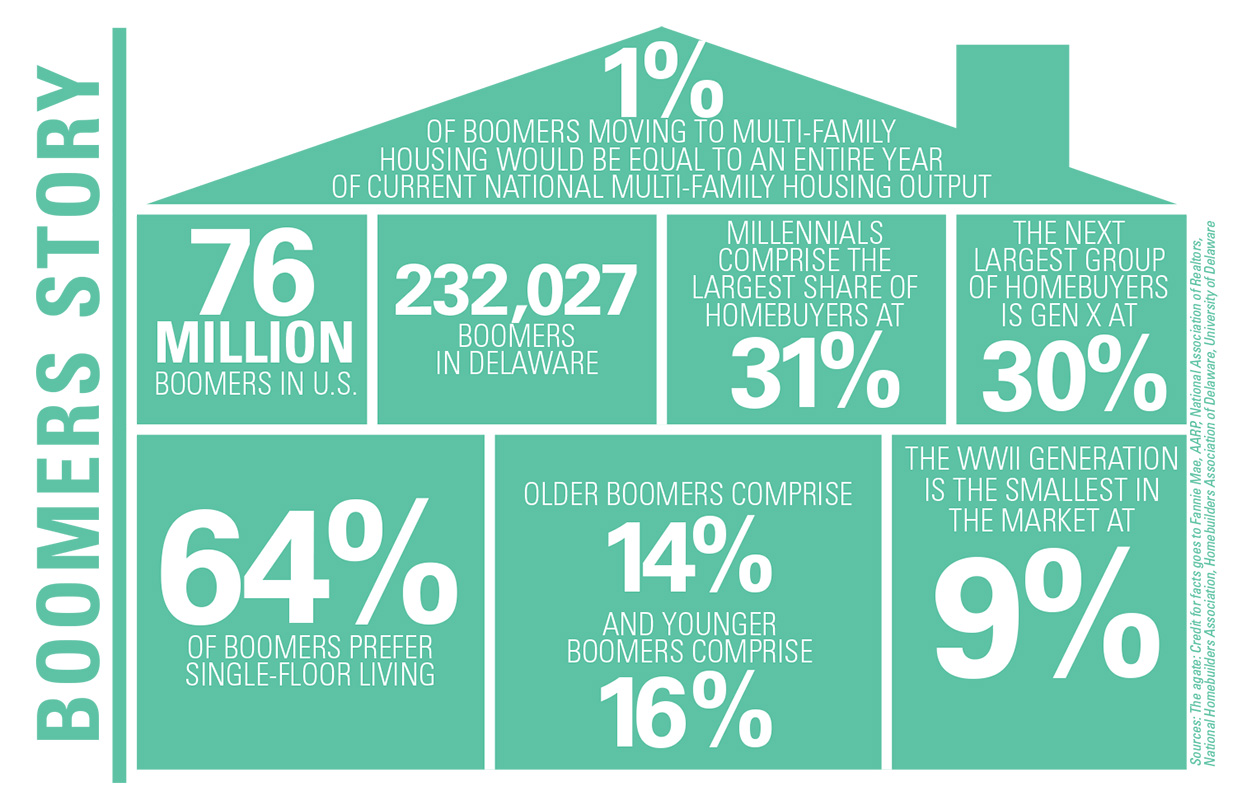 Baby boomers began joining the world in the year 1946 through the year 1964. These were babies born after their fathers returned from war and they represent a huge demographic group who flourished in the prosperity of the post-war generations.

As this generation begins to reach the age of 60, they are again doing the predictable, they are aging. They are beginning to develop health issues that may require them to retire early or at least slow down in their workplace activities.

In true style, they are creating their own way of doing things. They are non-conformists at the core. As Baby Boomers, they are predicted to live longer than those members of previous generations. Baby boomers include such notable names as Bill Clinton, Donald Trump, George and Laura Bush, Susan Sarandon, Sylvester Stallone, Steven Spielberg and more. With the men in the baby boomer generation averaging at least an addition 22 years and the women an additional 25 years, they are shaping the future for younger generations.

By the year 2030, the first of the boomer generation will begin to reach 84 years of age. At that point in time, there will be 75 percent of Americans who are over the age of 65. This number will equal 69 million persons. At that point, only 20 percent will be over 65 years of age and that is compared to the 13 percent today or more than 35 percent who are over the age of 50. The numbers are staggering.

With all of these people beginning to age, there are some serious questions. How will they be spending these golden years? Will they be healthy? Or, will they be struggling with pain and disabilities? Will they be dealing with chronic diseases and illnesses? There is much hinging on these answers.

Thanks to modern medicine, more people than ever before are reaching their 70th birthday’s and beyond. At present, baby boomers make up 26 percent of the population in the U.S. alone. This fragile and dependent population places a huge demand on Medicare services. It will require support from the professional caregivers and their own families.

This could add to a 75 percent increase in the number of those American’s who are 65 and older and require nursing care. That number is projected to rise to 2.3 million by the year 2030. This is up from the 1.3 million in the year 2010.

In the report, “Aging In The United States”, trends are examined that show the disparities between the adults aged 65 and up. It shows how the boomers are reshaping the older population and by 2015, the boomers have all reached the ages of 52 to 70.

The report goes on to note that the anticipated number of adults aging will double from the 46 million today to over 98 million by the year 2060. These numbers keep rising and will have a huge impact on society.

Modern medicine and technology have ensured longer life spans. They have also improved education levels and put these adults into the workforce for longer periods of time, more so than any previous generation. This bodes well for their economic security as they age.

This also puts this generation at risk for more chronic disease and disabilities. As these generations age, they are at a higher risk for more serious medical conditions.

Thanks to the rise in divorce rates and step or blended families, there will be fewer children from these relationships to care for their aging parents. This puts the burden on caregivers and health care facilities that at times, are ill-equipped to deal with the surge of new patients.

It also places a wider gap in the economic groups of older adults and various ethnicities. At only 8 percent of non-Hispanic whites over the age of 65 living in 2014, more are finding themselves in abject poverty. This is in comparison to previous years. Each ethnicity has a different rate and the numbers are only climbing.

Additionally, more of the elderly are going to require specialized care due to such diseases as Alzheimer’s and dementia. This means that those number could triple by the year 2050 from 14 million or more.

This creates more challenges via the structural changes to the current entitlement programs. It means they need to raise more for their retirement savings and pay closer attention to their retirement funds.

Many of the lower income households that are headed up by older adults are currently relying on Social Security as a means of supporting themselves. This simply isn’t going to be possible at the rate society is going. They will have to have part time incomes to help fill in the gaps.

As a direct result, this group is also remaining in the workforce longer, in many cases, they will remain active in the workforce until they reach their early 70s. This can help to reduce the rate of poverty among the boomers.

The largest bit of advice that the boomers are giving future generations are to stay in school and go beyond just a high school education. This will ensure a steady income and more quality health care opportunities thanks to insurance and better knowledge of healthcare procedures.

Aging baby boomers are imparting their wisdom on future generations and helping to reshape society by education and their goal of remaining active as long as possible. Future generations will do well to heed their advice.

Sign up and Take Our Home Care Provider Course NOW!